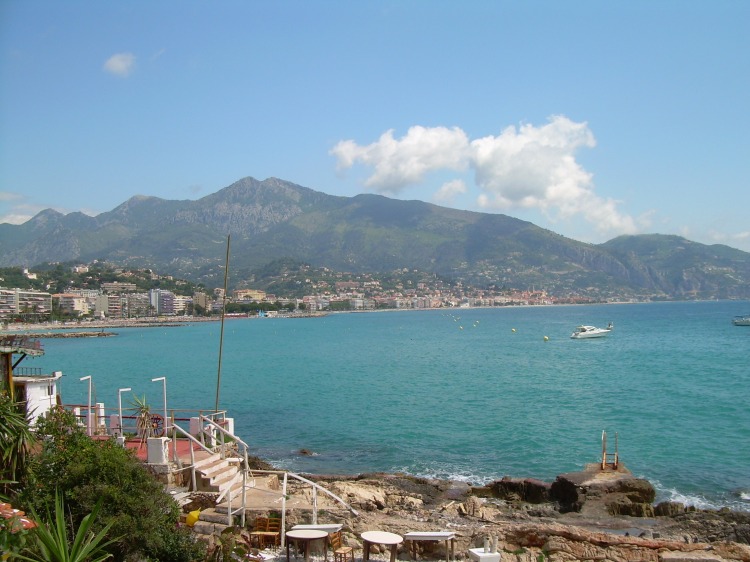 View of Menton and the Maritime Alps from Roquebrune-Cap-Martin.

I spent a year studying abroad on the French Riviera. You might imagine it was a pretty sweet deal. Maybe you’ve seen those glamorous tourism posters from the twenties, and think it was all champagne, sun hats, sea bathing and general frolicking. You are not totally wrong, but I can write about all that some other time. That year also brought me into a fleeting acquaintance with another existence, which most of us would prefer to avoid: homelessness.

Let me explain. Believe it or not, the Côte d’Azur is actually a much more economical place than Washington D.C. to live and study. That was especially relevant in the wake of the financial crisis. Let’s pick up the story in June, 2009. I had been living in France for almost nine months. Back in the States, foreclosure was an all-too-real possibility for many people just like me.

My younger brother got a summer job tending grape vines in Bordeaux, so I paid dearly out of my pitiful student budget for a cross-country train ticket to see him. However, at dawn on the morning in question, my scheduled train failed to show up at the local station. Afraid of missing my high-speed connection, I splurged impossibly on a cab shared with an irate Frenchwoman also bound for the Gare de Nice. The hour-long drive was spent calculating my new bank balance and mentally abbreviating the grocery list that would have to see me through the coming month: , , pasta, canned garbanzo beans, canned tuna, eggs, crackers, .

When we arrived at the Gare de Nice shortly after dawn, the employees of the French National Railroad Union (more commonly called by it’s French acronym, SNCF) were en grêve — on strike. “Pourquoi?” I asked one of the young SNCF employees who was blocking our access to the platforms, but it seemed he didn’t know what they were striking for either.

This ought not to have surprised me. Do you remember that heart-wrenching scene in Les Misérables, where the boy Gavroche climbs through the barricade in a courageous last mission? Well, as far as I can make out, the French mostly believe that they are Gavroche, with the exception of those who believe they are Napoleon Bonaparte. The revolution has never come to a conclusive end. It’s more of a lifestyle than a historical event. Vive la France, vive la révolution, vive la grêve!

Anyway, the immediate result was that I became stranded in a crowded, hot train station concourse. I had no idea of when I could next get on a train bound for Bordeaux, but since it might have been any moment, there was no point in leaving. Besides, I simply couldn’t afford any transport beyond what I had already booked.

I don’t recall what insignificant miscellany was in my cumbersome, forest green duffel bag, but I remember the illogical fear that I would be separated from it in the seething crowd. The heat was oppressive, and perspiration soon began to make a sticky scenario of my white linen shirt-dress. Perhaps a Frenchwoman would have borne it with nonchalance, but I never became quite so French. Fortunately, I had additional clothes in my luggage. Unfortunately, there was no privacy. French public restrooms are a pay-to-enter luxury in the best circumstances, and in these circumstances, they were forcibly occupied by the valiant defenders of labor rights.

After considerable lip-biting, foot-shifting, skirt-tugging indecision, something just had to be done. In the middle of the teeming concourse, with my luggage wedged between my feet, I managed to simultaneously shimmy out of one outfit and hop into another with absolutely no grace, but some shred of decency. Imagine a plump flamingo trying to put on a jumpsuit, and you’ll have a pretty good idea of how I looked. Changing clothes discretely in public is a vagabond trick that I have since then striven earnestly to master.

When the claustrophobic space and irritable crowd of thwarted passengers became unbearable, I went outside to see what I could see from the short flight of steps which gave onto the street. Nice, after all, is a lovely town. However, that part of it is decidedly not. It’s rife with sex shops and litter. Like many train stations, bus depots and other busy intersections of the so-called-civilized world, this one was host to plenty of “sans abri fixe,” or persons without permanent shelter, and that brings me to a confession.

I have often felt very uncomfortable around the homeless. I shuddered to imagine what got them into their situation. Sometimes homeless folks mutter or shout threatening things. I’ve been told they’re drunk or drugged. They frequently smell really bad. The homeless confront me with frightening realities. Far worse than the whittling little fear was the feeling I got when I passed them by in a hurry, averting my eyes. I felt ashamed of my hurry, my fear, and of my home, my safety, even my good health; ashamed to enjoy all of these things with relatively little effort and no particular merit. There was a time when I would have liked to pretend that homelessness and the homeless themselves just didn’t exist.

That is, until that day I spent stranded on the steps of the train station in Nice. The sun was scorching and shade was scarce, but I couldn’t venture far afield, since I had to hear the conductors in case the strike ended or some evacuation train of mercy was permitted to depart. So, I sat down on my suitcase, and soon slumped into a fitful slumber as my early morning and exhausting anxiety caught up with me. I probably mumbled in my sleep, as my roommate had recently reported during stressful times.

The sun was much lower when I awoke fully. A youngish woman with dreadlocks was sitting nearby and asked me for a cigarette. I don’t smoke, but offered her some of the water I was drinking. I thought briefly about asking her to pour it into her mouth, but glancing down at my hands I noticed that they were several shades darker than usual, almost as if I had been digging through a trashcan. Every minuscule crease was described in a greasy line. There were black crescents of filth under each fingernail, just air pollution making itself cozy. Was it my imagination, or could I actually smell myself? The previous night’s shower felt like a distant memory. I didn’t say anything as Mademoiselle guzzled out of our now-shared water bottle. Chic passersby looked down at us with obvious contempt, then glanced quickly away. A cigarette didn’t really seem like such a bad idea after all.

Obviously neither pity nor admiration is called for here. My little ordeal was brief, and I was basically safe. Before nightfall, the great lethargic wheels of socialist bureaucracy in Paris had begun to grind reluctantly back into action. As the conductors’ cries heralded the TGV train to Bordeaux, the red tape was torn down with magnificent French panache, and I joined the eager throng of passengers on the platform returning to life as planned.

In my case, that was a weekend at a modest little country chateau. I made merry with my brother and friends, consumed leisurely lunches in the shade, and rode a big bay horse up and down the rows of grapevines. Even across the pond, my parents weathered the crisis with heroic courage so that when I left France a few weeks later, I still had a home to go back to, although many I know were not so fortunate. I am no martyr, no victim, no saint.

My point is precisely this; I am no different in my person than the homeless, and I’m not actually far from them. There are moments when all that stands between my relative respectability and their social exclusion is an unpredictable infrastructure and a few hours at the mercy of the elements, even the famously clement weather of the south of France. Sometimes all that separates me from them is an illusion. We don’t know their stories.

The year I spent in France was full of many interesting people and beautiful places, in large part thanks to the SNCF’s extensive railroad network. I crossed the country on trains from Marseille to Nice to Paris, from Lyon to Bordeaux, but of all the vistas which that iron kingdom opened to me, the most important sight was the filth under my own fingernails. It’s a vivid memory that comes back to me when some unsavory piece of humanity makes me feel slightly uncomfortable.

The homeless must not be ignored and cannot be wished away. Try to spare a dollar, or even foot a lunch bill. Perhaps more importantly, make eye contact. Make time to listen to them. Many such conversations end in a handshake and simple “God bless you,” which we rarely hear from more fortunate acquaintances.

I still don’t know what it is to be homeless. I only know that a grubby, sweaty little foreign woman who dozes on a suitcase outside a sooty train station at mid-day and mumbles fitfully in her sleep could easily be me.

When someone says that travel is important, it’s not just because the world is vast and full of awesome wonder, or because travel can renew your inner child. That’s all true, but something more crucial comes of travel: vulnerability. 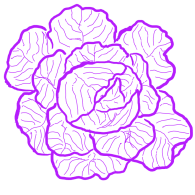 Author’s note: A version of this story was first published by Humane Pursuits in February, 2017.