We met in late summer of 2012, just when I needed it the most. I had been living in Washington D.C. for a few years as a car-less cosmopolitan yuppie with an idealist’s salary and a small carbon footprint. Then one day I realized: When was the last time I stepped off of man-made surfaces? I can’t even remember.

A few evenings later I found myself half-way up an ornamental tree on a posh suburban street, in a threadbare professional skirt and a thoughtless daze which I can only liken to some sort of inexorable, subconscious return to roots. Fortunately, nobody glimpsed me before I came to my senses. I furtively returned to earth and continued my homewards commute mildly disturbed by my own strange behavior.

I remember taking off my dainty ballet flats and stretching out in the measly patch of grass that separated my impersonal group house from the busy street and a particularly nocturnal fire station. Beneath the starless purplish sky, I tried to imagine away the rush of traffic, the flashing lights, the muggy polluted air. I pretended that I was somewhere else, “on a pillow of bluebonnets, in a blanket made of stars.” (Dixie Chicks, 1999, Cowboy Take Me Away) This was sheer desperation.

As is so often the way with providence, that’s just about when Jack came into my life. He’s tall, dark, and handsome. Jack is always ready for an adventure. He’s uncomplicated, boxy, rough around the edges, a bit loud, rugged and practically perfect in every way. He is precisely what I needed.

Jack is a black Jeep Cherokee Sport Edition, circa 1996. The nickname derives from the letters JCK on the license plate, and my deep affection for this bucket of bolts is entirely justified. 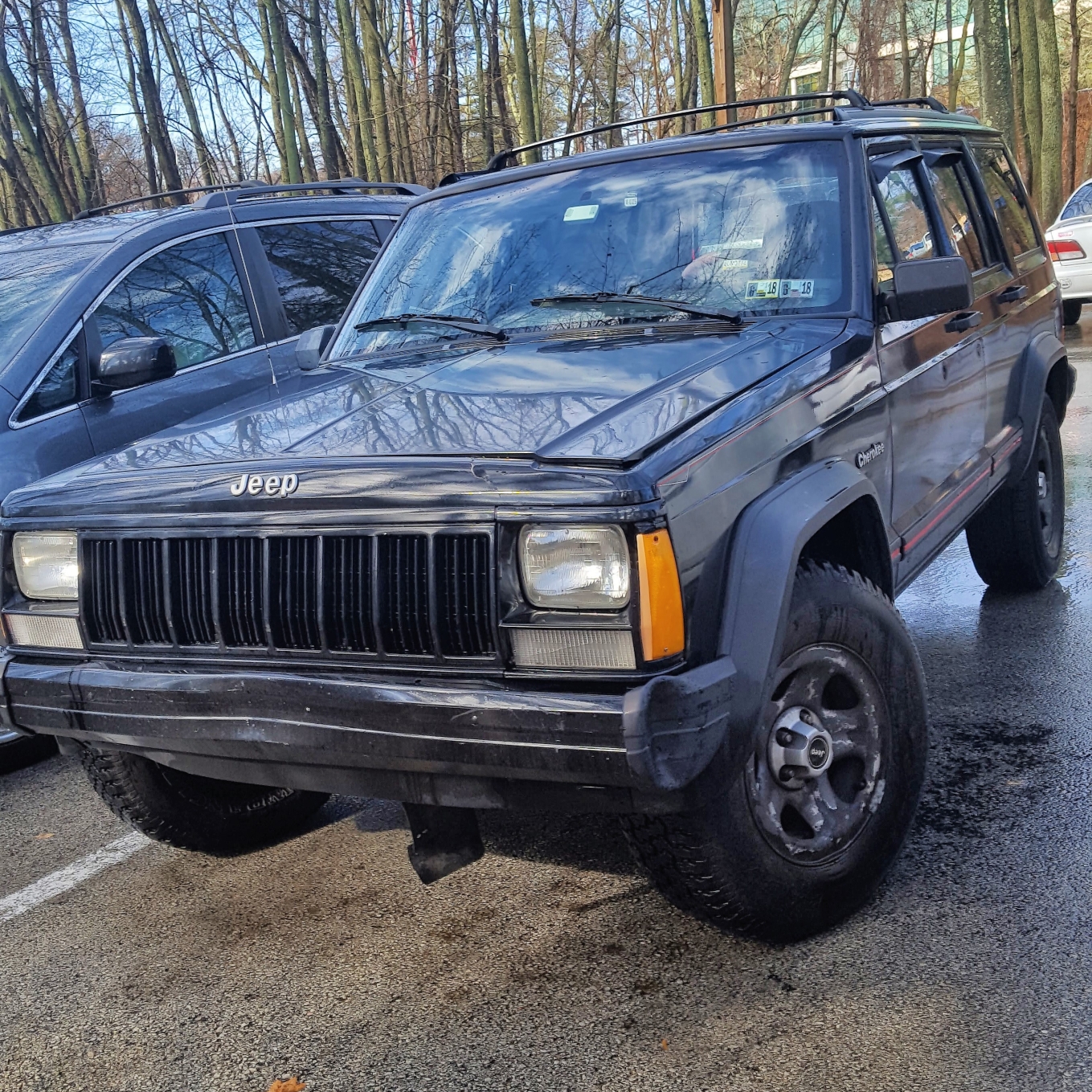 I can still remember the propitous phone call from my father. It went more or less as follows.

Dad: Hi! First of all, how are you? Good. Question: Are you at all interested in an old Jeep Cherokee?

I did obtain further information, but only as a formality. This was love before first sight. Some teenager in Delaware, who clearly didn’t know a keeper when she had one, was exchanging the old jeep for college finances. Priorities, I guess. That modest asking price represented almost all my savings. What is money for, after all, if it can’t save us from half-lives like I was leading? The jeep brought some history with its 120,000 miles, but then, who among us doesn’t have a bit of baggage? It was hot wired and stolen in 2011, then happily recovered, though sans radio. It had a dented front bumper, numerous scratches, and non-funtional air conditioning, but the Pioneer stereo was brand new, post-hijacking. Otherwise, jeeps of his vintage have refreshingly straightforward mechanics and no fancy technology. 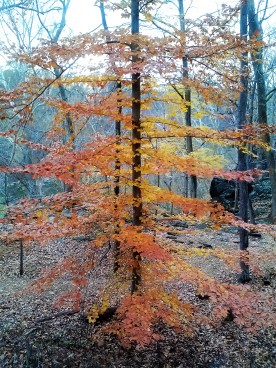 On our first Friday together, Jack and I fled the capital beltway like a bat out of, well, labyrinthine traffic, and then made a beeline for the mountains. My spirits rose with every westward mile we rumbled along I-66, and by the time I had lost 4G connection—and navigation—on my smartphone, I was nearly whole again. A little mud on the tires and a weekend in the woods did the rest. That miraculous panacea has never failed me since.

That was the same summer that Madeline, my high school best friend, was domestically derailed as a relationship went all pear-shaped in Philadelphia. When she called me, I had her escape by bus as far as Baltimore, where Jack and I scooped her up, because he’s as close as I’ve come to a knight in shining armor. The jeep rolled untrammeled along the sun-scorched highways and byways of Maryland with the windows rolled down, allowing the balmy air to bear away our litany of rage and solidarity into a receding wake of fumes and dust. At each crossing we chose the road less travelled until at last we found a fenceless untended meadow whose “Private Property” signs, if they existed, had faded beyond legibility. Jack picked a parking spot on the higher edge beneath the outermost branches of an oak tree. Madeline and I climbed up onto his spacious roof. For the remainder of the afternoon we ate junky road-trip snacks, decried everything that had gone wrong in life, and found respite in everything that had stayed right; the song of crickets, the whispers of tall grass, the smell of honeysuckle, the endurance of friendship.

It hasn’t all been sunshine and rainbows, mind you. Jack and I have weathered a run-in with a garbage truck, a minor but rather expensive tiff with a precious BMW, and a particularly reckless assault by a stag who seemed to escape unharmed. The jeep had a dead battery just a few frantic hours before my departure on a major international business trip, and a flat tire at rush hour on the snowy day when I was due to pack up my worldly goods and move to another state. I learned the hard way to slam the rear hatch with real “oomph.” Otherwise, Jack the Jeep might slyly open the trunk mid-drive and casually festoon Main Street with ones athletic pants, rumpled socks and sports bra, or whatever other dirty laundry one forgot back there. For a while, a rusted-away mount on the chassis allowed the whole frame to shake so violently at civilized highway speeds that it could have knocked out a cavity filling. It was frightening, but a bit thrilling too, if I’m honest. Then there were the enigmatic recurring engine cut-outs at full speed in 2015, eventually attributed to a burnt electrical wire causing a short circuit. 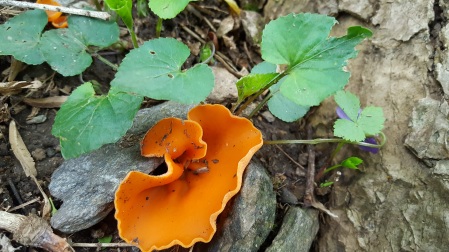 The tailgate glass was mysteriously shattered in the state game lands while I was backpacking. That made for an interesting journey home on the turnpike with a rain poncho patching the window and flapping loudly the whole way. Most recently, the engine bled so much oil on a long trip that it began streaming blue smoke just as I arrived home at midnight. I thought all hope was lost. For over a week while Jack was in the shop, I bravely resigned myself to life without my noble steed. Imagine my delight to learn that it was only a rotten little oil sending unit!

As my mechanic said with a chuckle and obvious admiration, “This thing just doesn’t want to die.” Good old Jack! It would be a stretch to say I understand any automobile, even my favorite one, but this jalopy has the approval of those who really do know. Shortly after acquiring my gem, I took it to my more auto-minded pal, Bryan, and we spent an hour checking spark plugs, learning the specs and generally getting to know the marvel of modern machinery that is a good old classic jeep. Let me tell you, it’s a thing of beauty. A four liter, straight-six engine, an indestructible timing chain, and fantastic 4 wheel drive that has seen us safely through floods, muds, and glorious snowfalls.

Bryan also told me where to order parts from a wholesaler for my subsequent DIY repairs, though some parts have to be scavenged second-hand. Did you know that all Jeep Cherokees up until 1997 had basically identical essential components? Good scraps are still abundant. Sadly, newer models have gone downhill, according to both of my trusted mechanics and the several angelic tow-truck drivers to whom Jack has so suavely introduced me.

When first explaining to a friend why I wanted to buy an old jeep that I didn’t strictly need, I heartlessly declared that I would be satisfied to get two years use out of it. The idea was to either run it into the ground or sell it promptly when repair expenses outstripped the initial price.

That was before I really knew Jack. To be sure, I’ve spent more money mending my jeep’s major injuries in the past five years than the whole thing cost in the first place, but I lost track of those expenses long ago. True love doesn’t calculate—not even the cost of gas at a mere 16 miles per gallon.

So what if the only way to get in my vehicle when wearing a neat professional sheath dress is to perform a graceless, backwards sort of swan dive into the driver’s seat? Who cares if there are little fronds of sweet alfalfa still embedded in the upholstery from a barn errand two years ago? They add a pleasant fragrance. I’m so short that even the falling headliner doesn’t cramp my style, though I suppose I should tack it up out of consideration for my passengers. There’s sometimes dog slobber on the windows, but that’s just because mine is one vehicle in which my mother’s 130-lb coon hound can stand up comfortably while leash-tethered to convenient anchor points.

The battered old bin in the trunk is constantly stocked with emergency equipment beneath an ever-changing layer of camping, hiking, and climbing gear, barn supplies, my nephews’ sleds, firewood, picnic fixings, and even cooking accoutrements for the occasional extravagant dinner party. If I fold the rear bench seat down, I have as comfortable a camp bed as I could ask for. 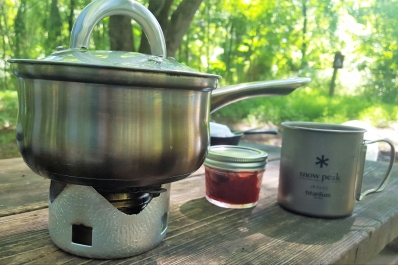 I admit that the lack of AC can be trying in the summer, but I’ve always appreciated the windows rolled down anyway. Let the wind whip my cares away and soften the notes of my over-enthusiastic crooning. This practice is also an effective replacement for a hairdryer, which I have not possessed in over a decade. Wind-tossed is a good look, and AC–or artificial climate–is just another way we cheat ourselves of raw sensory experiences. That’s what I tell myself while I sweat profusely at the wheel in July.

To recount all my adventures with Jack would be excessive. Instead, let me share this important lesson I learned from my jeep:

Old, battered things are often the most valuable.

Shiny new ones haven’t been tested as well. Would any other vehicle be so affordable to maintain, or so forgiving of my slapdash manner, muddy boots, furry passengers, and tendency to postpone a car wash from time to time? Would a new Prius wear its dents and dings with such rakish aplomb? Would any more modern confection of glossy plastic and chrome gain layers of character with every little off-road excursion?

No! Jack has carried me through thick and thin. I can forgive his every shortcoming just as he forgives mine. When my jeep finally falls silent for good, I hope I can find another exactly like it, because some matches are just made in heaven. Jeeps weren’t designed for the beaten path, or to accommodate the constrictions of chic sheath dresses. Let’s face it: I probably wasn’t either. 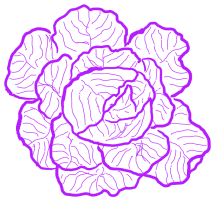